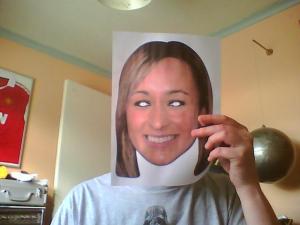 It occurs to me that it’s been a while since I could be bothered to post anything, so to make up for this utter lack of blog faeces-giving, I thought I’d give an unprecedented insight into my world.

Like opening the doors on Willy Wonka’s Chocolate Factory but with less chocolate and willy wonking, you’ve won a Golden Ticket, a Golden Ticket that takes you on a journey, a journey behind the scenes here at the magical Pritchard Media Factory. Pritchy Witcha’s Media Factory, I guess … actually, no, forget that, it sounds rubbish.

Some call it the TARDIS, some my Fortress of Solitude, to others it’s the Palace of Glittering Delights, to Josef Fritzl it’s too easy to escape, but to me it’s that place where I spend no less than 26 hours a day, sweating over a hot keyboard and milking out word-strings of varying degrees of interest from the very teat of fact.

But enough from me, go now with my two Essex Ooompa Loompas here and marvel in open-mouthed wonderment as you head behind the scenes at the most successful freelance writing/editing company ever in this house… 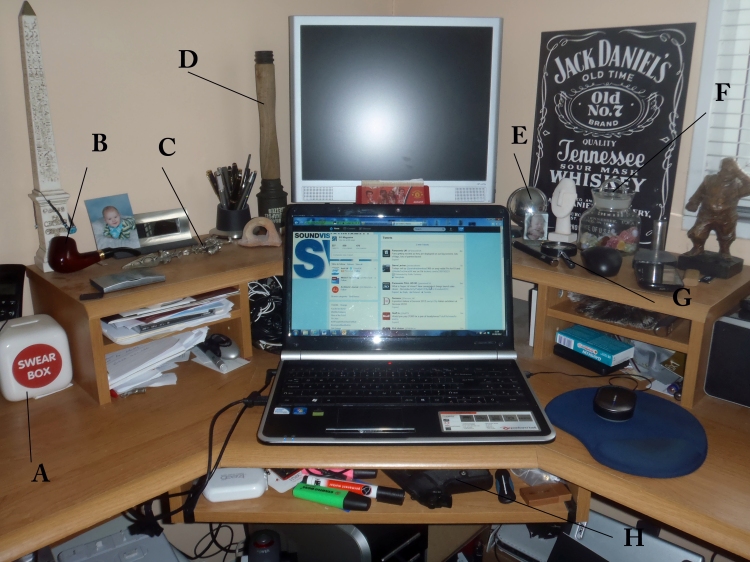 A) The Swear Box. Far too small to account for even an hour’s casual cursing, the Swear Box is now only called into use for the really bad words that I emit when I catch sight of stories about the Daily Mail, any TV talent show with ‘Britain’ in the title, the abortionate issue of such programmes, people who are too short, people who are too tall, fuckers with faces, swear boxes and, of course, blogs.

B) Pipe. For pondering purposes and, in the event of video conferencing, making a point.

D) WWII German Stick Grenade. Family heirloom from the period my grandfather dabbled with fighting for the other side.

E) Rear-view mirror. Even locked in your own impregnable office you can’t be too sure there’s not some whey faced goon, teen hoodie, Raffles-alike or evil clown behind you.

G) Magnifying glass. Used in the study of unidentified things found attached to either the furniture and fittings or myself.

H) Walther PPK/S. In the event of items seen in E) becoming tangible. 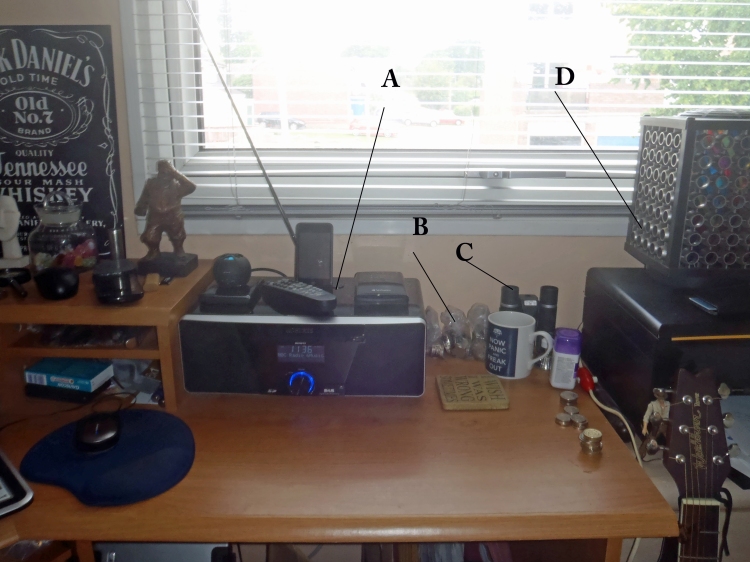 Through the reinforced shutters lies the white light of death from the moment nuclear Armageddon came to Colchester, frozen in time for me to gaze upon solemnly, mourning the loss of flavoured milk. This is the area in which I concentrate most of my looking, occasionally I flick channels to check on the state of the locals. It’s not looking good for them.

A) The Black Box. Beyond the Sheffield tones of my Artificial Intelligence virtual assistant, JARVIS Cocker, this is the only source of my aural inspiration. Except when Steve ‘Alan Partridge’ Lamack is on, or the empty headed drone of Nemone is covering for someone, then I put my headphones on and listen to something else until they go away.

B) Loose change. Conveniently bagged so that I can hurl the whole sack at passers-by instead of individual coins, thus saving time and effort.

C) Digital camera binoculars. Because neighbours need to be watched.

D) Discombobulating Oscillator. All in the name, really. 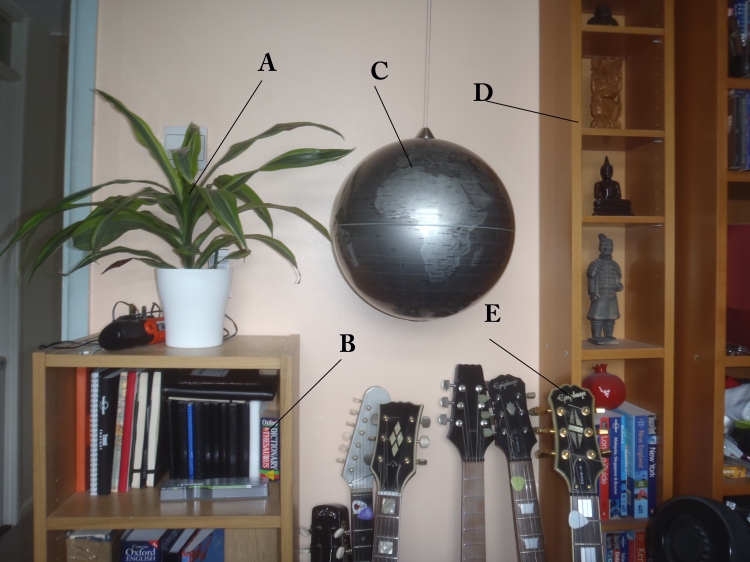 A) Robert. So named not because of Robert Plant, that’s just one of those freakish coincidences. There to remind me that, in Britain, you are never more than a metre away from the terrors of nature. Also there to provide oxygen in the event of a full system lock-down.

B) Dictionary/Thesaurus. Because sometimes the internet is wrong.

D) Randomly acquired figures of a selection of gods (yes, and a terracotta warrior) so that I can hedge my bets with that whole afterlife thingie.

E) Guitars. A complex series of riffs are played to signal to the household that coffee/a sandwich/cigars/hard liquor is required to help work through a tricky article on, say, horse-highering technology. 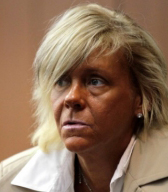 Blimey, this hatchet-faced harridan came out of nowhere! Okay, the boys are off now to drink cheap cider and fumble with some local slappers down the park, so she’ll be continuing the tour tomorrow. It’s time I also went to the pub to catch up on news and beer, so wait here with this feast for the eyes until I get back. Go on, go with her. Just don’t touch her. Or let her touch you…